An introduction to the different types of robotic applications 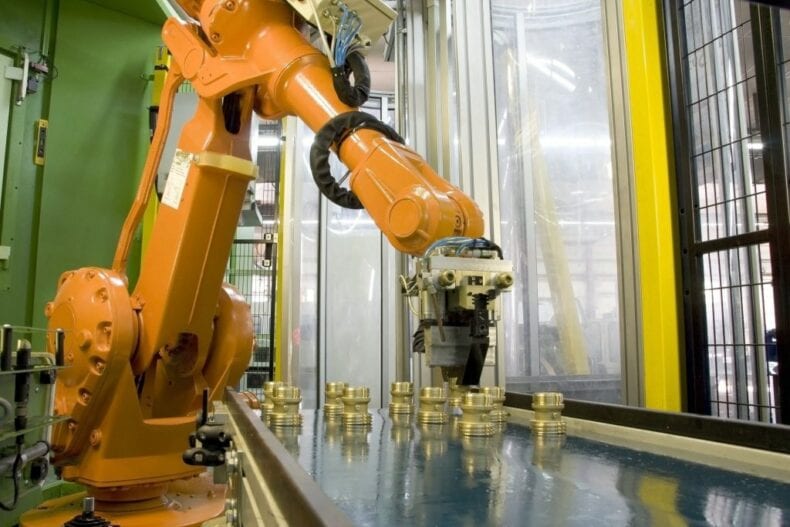 Robotic applications are now being used in an increasing variety of industries. With the supply of robots increasing and being more readily available, the opportunity for different sized businesses to own a specific type of robot has increased. The basic laws of economics state that with the overall price of automated machines falling, the demand by businesses and personal consumption will continue to rise. Within PWC’s report, robotics and artificial intelligence are forecasted to increase productivity by up to 14.3% by 2030, providing a large incentive to explore the use of robotics for a range of businesses.

As mentioned with our food manufacturing discussion, robotic applications can help with health and safety issues where humans could be harmed, such as cold/hot environments, repetitive strain injury removal, areas where toxic/corrosive/poisonous substances may be present. Robotics can aid in highly accurate, repeatable tasks and where heavy lifting tasks are essential.

What are the main types of robots?

Traditional industrial robots have historically been securely installed in an enclosed environment away from employees as they pose a variety of hazards and often lack the sensory capabilities necessary to detect nearby humans. These robotics, although more expensive are not prohibitively so. Currently favoured by large corporations, it won’t be long before they too will become more commonplace across all sectors.

Cobots can be considered the modernised robotic, with multiple motions and are designed to work collaboratively with the human workforce. Cobot programming, generally, does not require the same sophistication as traditional robots, which in turn can lower the overall price tag. Cobots have been favoured by SMEs due to their flexibility and lower costs associated, helping smaller players within the market.

Common types of robots by application

Robotic applications are used in a variety of sectors. We will run through the main types of robotics by their primary application, to understand their use within each industry and the innovative production behind the R&D process.

Industrial robots within businesses today can vary greatly depending on their desired application. The outlined robots will discuss their specifically programmed features and how this can help with the productivity of a business.

Six-Axis – by far the most common type of robot with arms and rotary joints giving six degrees of movement which provides for more human-like flexibility in its operation. These robots can also be mounted on a linear base which allows for a seventh axis to be utilised. With payloads ranging from 2kg up to and beyond 800kg and a reach of 0.75m up to 3.5m these robots are the workhorses in industrial applications.

Cartesian – this robot has three linear joints that use the Cartesian coordinate system (X, Y, and Z) that move in a straight line, as opposed to rotating, which are positioned at right angles to each other. Applications for Cartesian robots are mainly for CNC machines that deal with numerical control of a certain material, such as ceramic or metal, and to meet programmed specifications.

SCARA – the Selective Compliance Assembly Robot Arm (SCARA) robot is commonly used for high speed pick and place tasks from one point to another, with improved speed and on a reliable and recurrent basis. The robotic arm has been designed cylindrically with vertical movements and rotating wrists (fourth axis), preparing the robot to withstand any unexpected stress and impacts that may occur.

Delta – these robots have been designed to consist of three jointed parallelograms connected to one base. The Delta robot parallelograms restrict the end movement with no rotations, which are extensively used in the food and pharmaceutical industries due to their extremely fast and precise motions.

Polar – Polar robots, also known as spherical robots, have been designed so the arm is linked to the base with a twisted joint and a blend of one linear joint with two rotary joints. The overall coordinated Polar system forms a spherical-shape, where more joints can be added for increased flexibility. The Polar robot is regarded as one of the most sophisticated types due to the reduced complications within their control systems.

Domestic robots are typically a service robot, primarily used for household activities; including vacuuming, grass cutting, pool cleaners, and window cleaners. These types of domestic robots use automation to complete a pre-programmed activity, with a much lower price point to those that are designed for large industrial businesses.

Within a medical environment, the most typical robotic to be seen would be a surgical robot. During a robot-assisted surgery procedure, a surgeon can administer instruments via robotic arms to perform actions on the patient. The predominant benefit is that the surgeon does not have to be present within the theatre room to perform this surgery, they can be anywhere in the world – revolutionary for complex and rare surgeries that may be taking place.

Robots are robustly made for military situations due to them primarily being used during situations that are considered too hazardous for humans. For example, military robots can be deployed during bomb disposal scenarios that are usually remotely controlled by a highly trained human operator from a safe distance. Since military robotic conception the design has evolved, however, the overall intention has remained the same, to safely detonate and dispose of suspect devices.

If you’re interested in finding out more information about the bespoke and highly innovative robotics we’ve created at L.A.C. Conveyors and Automation, take a look at our case studies section or contact a member of the team. 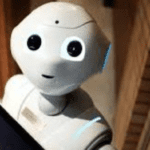 How robots change the world and the history behind them

Advantages and Disadvantages of Batch Production in Manufacturing