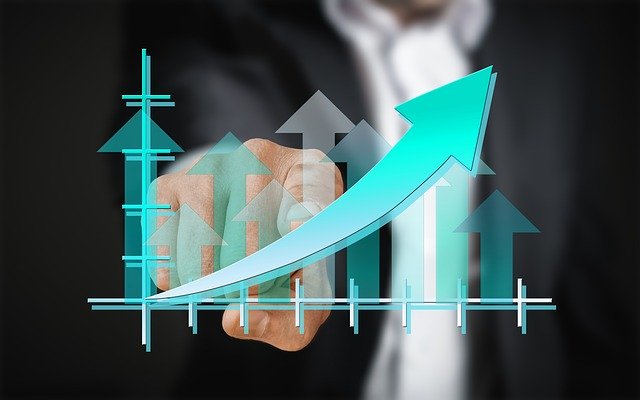 In this article, we’re going to look at how future automation will help industries and businesses and pave the paths to provide opportunities not before possible.

In a rush? Here are the main points we cover

Let’s first look at what automation is. Businesses are automating processes at a noticeably large rate and I’m sure you’ve heard of the term, but at some point, asked the question “what is automation?”.

Automation by Wikipedia’s definition “is the technology by which a process or procedure is performed with minimal human assistance. Automation or automatic control is the use of various control systems for operating equipment such as machinery, processes in factories, boilers and heat treating ovens, switching on telephone networks, steering and stabilization of ships, aircraft and other applications and vehicles with minimal or reduced human intervention.”

By automating a process you’re looking to reduce human intervention which can lead to improved efficiency, decrease operational costs, and reduce mundane jobs within the company.

Whether or not all points are favourable for employees is a topic of conversation for another time. But it does indicate why automation is on a rapid increase within the workplace.

Let’s have a look at what the current statistics for automation are to give an idea of the automation market today.

Take from the stats what you will, but one thing is clear, automation and robotics aren’t going anywhere anytime soon.

So, now we know what the stats, facts, and predictions of automation and robotics are, let’s have a look at why the technology may have such high numbers by examining how the future of automation will help businesses.

One of the key reasons why robots are increasing in the workplace is due to the benefits robotics can bring to a business. Future of automation is only going to help businesses achieve further collaboration.

In a report by Holmes Noble, they report that collaborative technology can increase production capacity by 20% whilst lowering material consumption by 4%. Those kinds of numbers over time can really allow a business to get ahead, especially within an industry such as manufacturing.

There are increasing automation tools for communication and admin such as Slack and TeamWork.

Here’s an example of a business using a communication tool like Slack with its automation features.

You’re a business with various departments. Slack allows you to set up an automated reminder to make sure people hit their set deadlines. This automation tool has now stopped you and your team from potentially missing a deadline and having further down the line costs such as a lost client.

Following on from the point before, as Forbes mentions, in manufacturing, technology provides seamless connections across production and distribution chains, easing the process of getting products from the assembly floor to the customer.

So, when you’ve got a quicker, more collaborative, way of getting tasks done, it has a knock-on effect on increasing how many projects you can do due to the efficiency increase.

Thanks to automation and real-time reporting data, businesses and departments can use this for a quicker result on the next project. So, once a project or task has been tested several times, they can use the data to see how to reduce errors and in turn increase the productivity of the automation tool.

The future of automation won’t only affect the productivity of businesses but also our personal lives. Already we’re seeing our bills, schedules being linked through apps, and tasks being set through tools like Evernote which of course frees up our time and gives us one less thing to do or think about.

Although, just because automation will give us all this free time, that’s not to say every business or everyone is using that spare time productively.

Unless we have a situation where robots take over the world like in Terminator franchise, the world will always have a human error for a range of different reasons, some on purpose and some by accident.

But automation currently does reduce the risk of human error, in some industries more than others and the future of automation will have bigger reductions in human error with the even bigger possibility of increased productivity and more collaboration.

Take a product that must be accurate to a specific measurement every time. It’s harder for a human to do this accurately and to a consistent time basis due to people not moving in a fixed position like a robot. Therefore, it usually takes a human more time than a robot as they must align it up to the measurements each time using their hand-eye coordination.

Now if you had this automated through a machine or by a robot, thanks to vision systems and controlled precise movements, a robot will do that job at the same measurement time in and time again.

Even if the robot or automation system is only slightly faster, over time it compounds into a lot of extra time and less needed personnel for that project. Hence why companies invest in the long-term solution to reduce their margin of error or risk of human error.

Thanks to all the above increases, it should be quite evident this has a knock-on effect on the customer experience. Lower risk for errors and increased production time means a better, more accurate service in quicker time usually resulting in a happy customer.

Take the parcel delivery service as an example. When they install a new piece of automation kit, it allows them to speed up their service and handle more parcels, resulting in a higher number of people getting their items quicker at a lower cost to the company.

The future of automation is only going to improve this as more software applications and systems come into play.

Look at Amazon with their one-day prime service delivery. That’s improving customer experience and is likely responsible for why a high number of people use that service over a competitor.

It was thanks to automation that this service was able to be used. From automating when the parcels were coming into the building through to automating processes, so the order was taken, checked, and sorted quicker. Like Hermes automated their returns department.

ROI or Return on Investment is an aspect that’s been increased thanks to automation, at least in a high number of cases. Future of automation will only increase the ROI further with enhanced processing methods and lower cost systems being applied to businesses.

For tangible products, the ROI is usually on how much quicker a machine or system can do the task for the company which saves time, money, and increases capacity for more products.

Imagine you’re the site manager for a car maker company such as Jaguar Land Rover. If you had the option to bring in an automation system, which yes, might be a reasonably expensive up-front price, but would repay the cost within a year while increasing production levels of car parts, would you be interested?

My guess is yes.

Now imagine you’re the head of a team for a software business. You hear about a platform that can run on your computer that will log all your client data with various fields including where the lead is in their customer journey and you could access it anywhere and export it to display. Would you be interested?

My guess, again, is yes. This is also exactly why CRM tools such as Salesforce and Oracle NetSuite are so successful and have a big customer base.

So, there we have it, five ways automation is currently used which should have hopefully given you an idea for what the future of automation could hold in store for us.

One thing is clear, automation is only increasing and being employed by more businesses within various industries across the world thanks to its numerous benefits.

We’re excited to see how automation is going to further increase businesses capabilities and what new businesses, software, and products could be on this planet in the near future.

For updates on topics including automation, conveyors, and robotic solutions, be sure to follow our business page on LinkedIn. 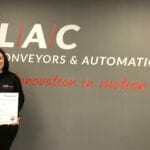 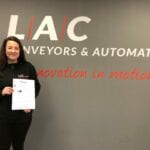 L.A.C. Conveyors & Automation are proud to announce they are ISO 9001:2015 accredited