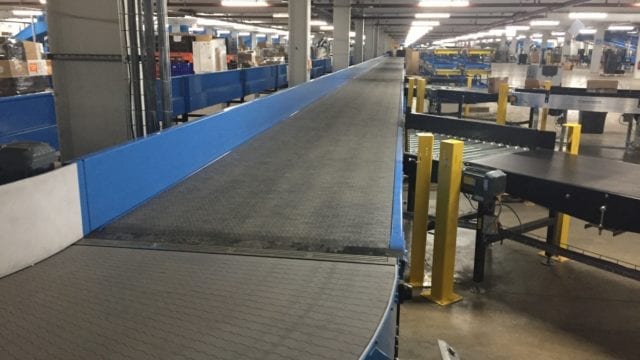 Hermes had a requirement for a carousel conveyor belt system that could handle bulky items and deal with increased throughput at its hub in Rugby. Thanks to the existing relationship between the two, Hermes was sure L.A.C. Conveyors & Automation were the right people to get the task done.

Why was a carousel conveyor belt needed?

With a continuing rise of parcel throughput, Hermes needed assistance in determining how it could increase the number of parcels being moved at its Rugby hub and charge its customers correctly for the “uglies” the industry term for parcels that have an irregular weight and/or dimensions. A solution was devised by replacing the existing system which used several manual lines with a semi-automated modular belt carousel.

Yodel reckons “uglies” account for about five per cent of the market value. With this ever-increasing volume of awkward parcels, it is becoming a priority for delivery companies to accurately scan and weigh these items in order to correctly bill their customers and to ensure that valuable revenue is not lost.

After discussing the varied range of parcel types that arrive at the depot, L.A.C. devised a carousel conveyor belt that could handle most items from the very small to the very big, whether it be a curtain pole, ironing board or a set of golf clubs. The conveyor was comprised of the following: 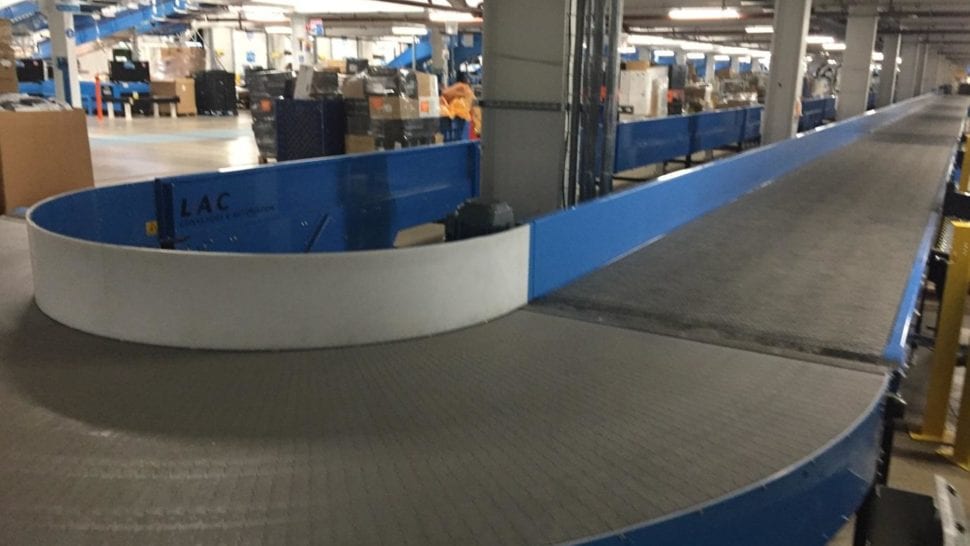 With a 5mm thick steel bed and a 75kg rated modular belt, the conveyor can easily handle 100kg per metre should an item that big happen to pass its way. The acetal belt is impact resistant and able to withstand heavy loads that might be dropped onto it.

Being of modular construction, should there ever be substantial damage the belt can be very quickly replaced. The conveyor has a run length of 52m and is more than capable of handling bulky items up to 2m in length and with a 1.2m width, there is also plenty of room to help ensure that the parcels don’t drop off the side of the carousel.

The carousel also has the capacity to handle even small items, as transfer plates between the conveyor run lengths have been incorporated into the design.

Armco barriers were installed along both the runs and the curves to help protect any potential damage from forklift trucks and hand pallet trucks operating in the area.

How the Conveyor Belt System Helped 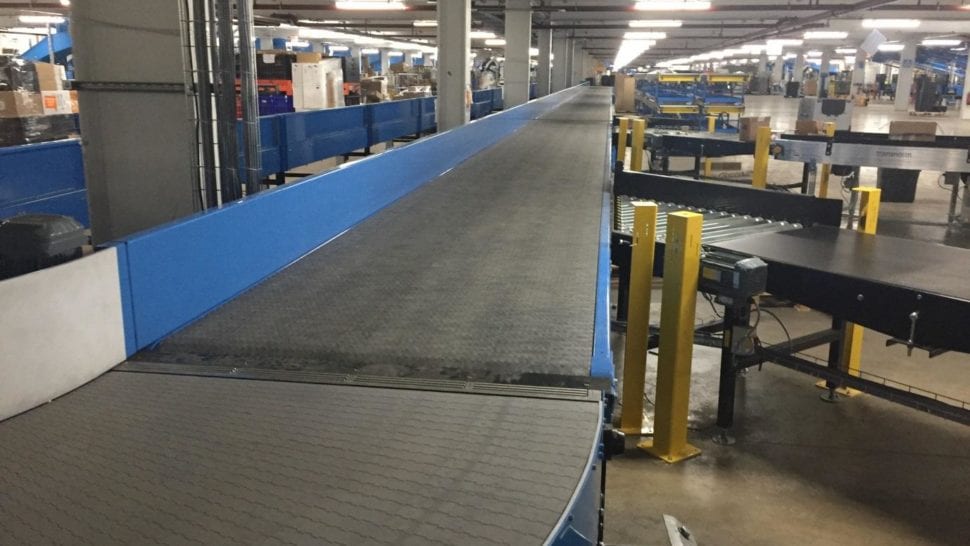 L.A.C. were able to install the new system over a two week period whilst working around the customer’s existing operational requirements. Once installed and tested the new system went seamlessly straight to work.