Hermes and L.A.C. Conveyors & Automation have had a successful partnership over the last few years, giving Hermes assurance that L.A.C. could deliver on a state-of-the-art return automation conveyor system.

Hermes’ investment in L.A.C.’s return automation conveyor system has already processed more than 6 million parcels in just a few months, thanks to the system’s ability to process upwards of 7,000 parcels per hour, 76,000 parcels a day, and over 500,000 parcels a week while significantly lowering the cost per parcel.

“No one else in the industry is using a system like this to sort their parcels at such an increased throughput and reduced expense,” said Steve Stanbridge, Engineering Manager at Hermes. 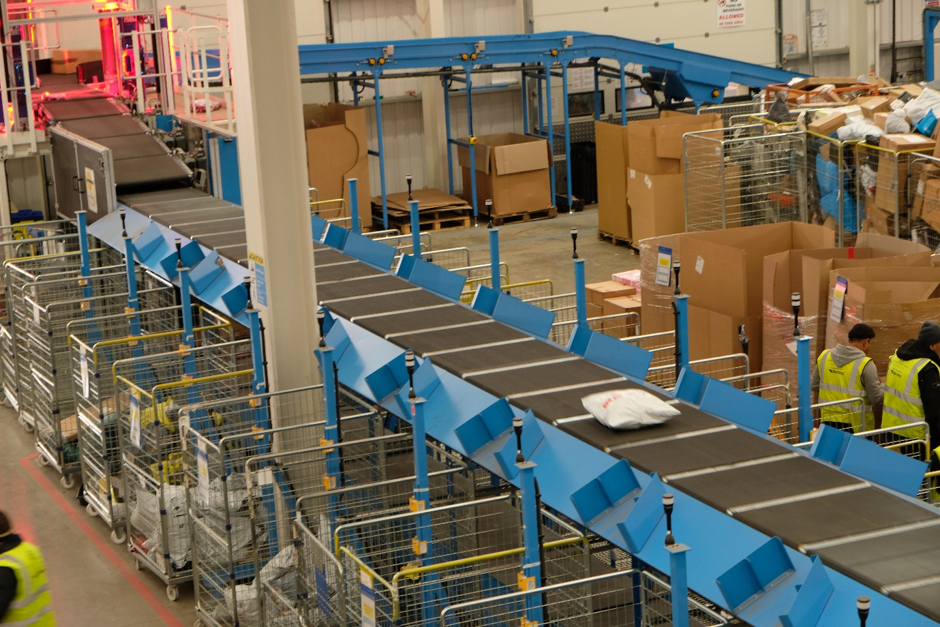 The return automation conveyor system has allowed Hermes to automatically sort returns parcel traffic into 28 primary destinations. There are now 8 sorting zones that feed into over 400 client destinations.

There are two scanning towers, one for the primary sortation route and one for the secondary sortation routes, which can be configured to match any changes in sorting plans. The operators use overhead scanners to identify if the parcel is destined for the primary or secondary sort areas and that there are handheld scanners for the rework team to introduce parcels back onto the system.

“We knew L.A.C. were the right team for the task after they built the system on their site to match our operating requirements and we were invited to test it with our own engineers and operational staff before installation. L.A.C. really impressed us by installing the system quickly and without having to stop operations giving minimum disruption to our other postal services and delivery times” added Stanbridge.

Stanbridge highlighted a key challenge Hermes were facing: “We needed a machine that could deliver the throughput, eliminate mis-sorts and accurately read the varying quality of the returns barcode labels.”. L.A.C.’s solution was making sure the system can read both 1D and 2D barcode information so parcels with different codes could be read and stop any delays.

L.A.C. installed a human-machine interface (HMI) in the conveyor system allowing Hermes to enable and disable machine functions as well as screens for diagnostics and fault finding allowing on-site teams full analysis of the automation system. A benefit of having the HMI interface meant that the system could be switched from different layout and sorting plans, so it could go from running as a returns sorter to being run as an outbound sorter.

Hermes, the consumer delivery specialist, provides flexible and affordable delivery options to home, work, neighbour, safe place, ParcelShops and Lockers, giving customers control whether sending, receiving or returning parcels. The company delivers more than 390 million parcels each year alongside 80% of the UK’s top retailers including Next, ASOS, John Lewis and Boohoo, with a mission to be the UK’s carrier of choice. Hermes operates a network of over 18,000 self-employed couriers and more than 5,000 ParcelShops nationwide.