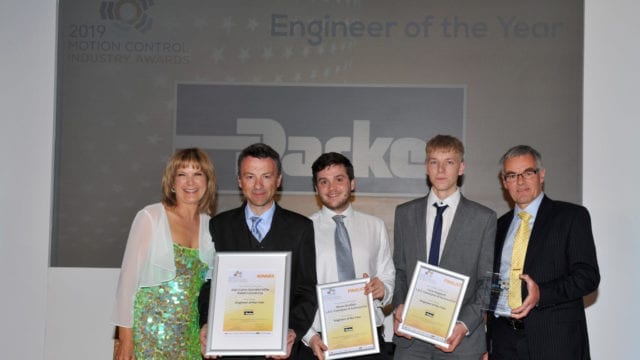 Having been nominated for the Engineer of the Year award category at this years Motion Control Industry Awards both Cory Hoggard, our first year electrical apprentice and Moses Bradley, our electrical design engineer made it to the final three. Both employees are relatively new to engineering which meant that it was going to be very tough for either of them to win the category as the other candidate that they were up against has 25 years of experience in engineering.

At the ceremony it eventually transpired that they were both in the runner-up position, but they should feel very proud of the fact they made it into the top three. It was a great evening with some superb food, entertainment and a marvellous opportunity to start learning how to network with other engineers and suppliers across the motion control sector. 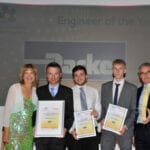 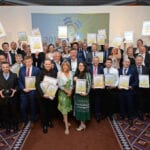 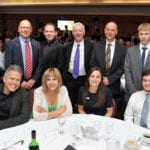 Cory has, under supervision, been involved with some great projects including building his first electrical control panel for a belt conveyor and roller conveyor system for a logistics company. Assisted with two robotic projects, one is for a packing machine that includes three robots that pick and place fruit cartons into crates via a series of modular belt conveyors and the other is for two robotic pallet de-stacking and re-stacking stations for a chilled food environment with a succession of roller conveyors. Cory is looking forward to continuing improving his skills and knowledge base and putting them to good use on some of the super projects coming through the company.

Moses produced electrical panel and control system drawings for the same fruit packing robotic system that Cory helped wire up. He has also produced more electrical designs and control systems for a suite of belt conveyors and roller conveyors for a major parcel delivery company and currently in production are a series of 24 car door assembly stations where the electrical panels, circuits and safety controls have all been designed by Moses.