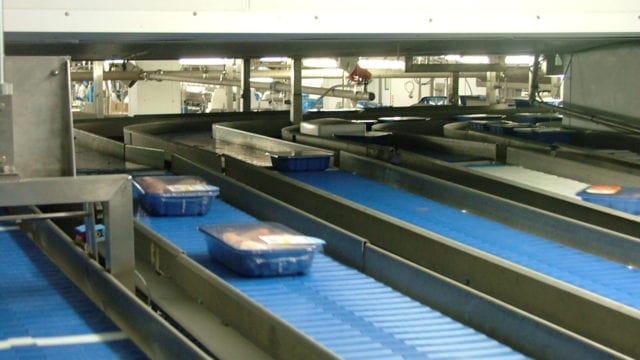 Conveyors, ever heard of them? Maybe you’ve looked at one and wondered how conveyor systems work? It’s likely you’ve used one in your time as conveyor systems are popular in places such as supermarkets or airports.

L.A.C. Conveyors & Automation have designed bespoke systems for a range of industries and if you read this article and think you could use a conveyor system, a member of their team would be happy to give you a consultation on how their innovative bespoke solutions can boost your business.

A conveyor system is an assembly of different conveyors that are brought together to transport materials with minimal effort compared to doing the transportation of goods manually. Conveyor systems work well in businesses where they deal with heavy goods, sharp items, raw materials, mass moved products such as in the parcel delivery service, and mass-produced products.

Supplier, insight, and tools website Thomas gives the description that conveyor systems are ‘mechanical devices or assemblies that transport material with minimal effort which will usually consist of a frame to move items and will be either be a powered or gravity conveyor system depending on what it’s moving. 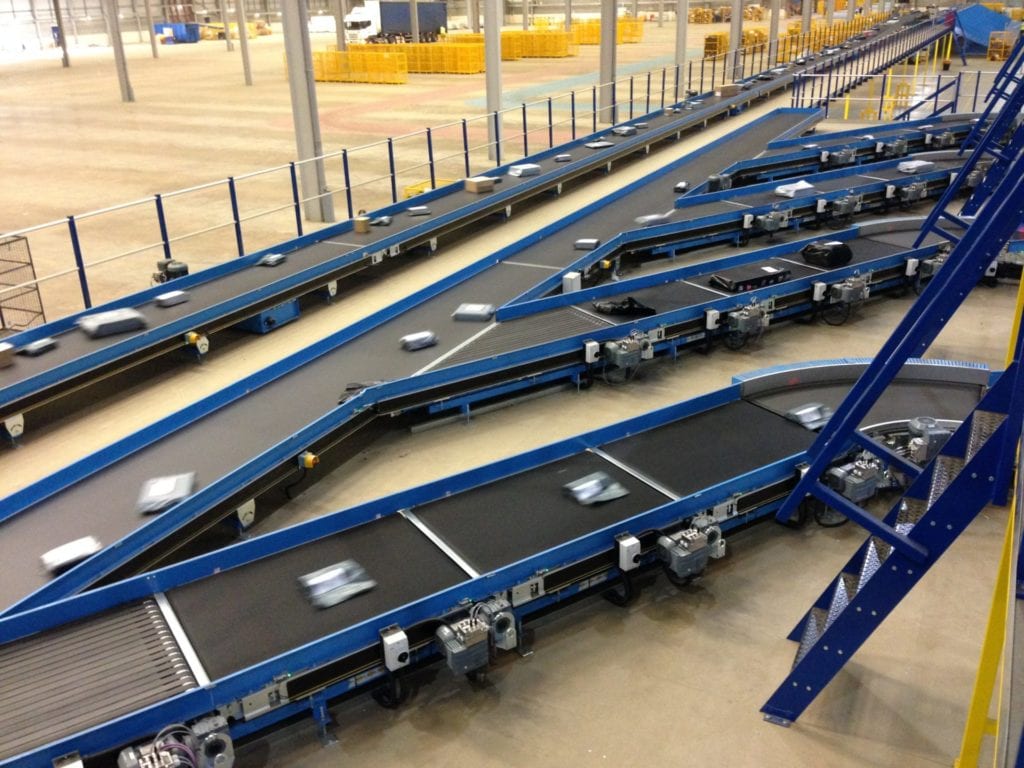 A conveyor system has parts that are essential for it to operate just like any other mechanical or technical system. If these parts of the conveyor are not properly maintained it leads to increased chances that the conveyor system will no longer work properly which of course potentially increases risks, incurs costs, and cause higher delays on product output the longer a conveyor system is not maintained.

A conveyor belt system is supported by either rollers or a flat pan along its path so the system stays upright and has a structure to its movement. The structure of conveyors is relatively similar to each other in terms of construction with them consisting of a metal frame with rollers at each end of a flat metal bed or having rollers closely spaced on the system if it’s a heavy use application. Rubber conveyor belts are commonly used for items that are oddly shaped and have irregular bottom surfaces or bags of product that would sag between rollers.

Belt conveyor systems consist of two or more pulleys in order to operate and these are sometimes referred to as drums. They are what the conveyor belt(s) are wrapped around to give the conveyor belt system a structure and feed the belt back around the system. At least one of the pulleys will be powered so the belt on the conveyor system can move the items to the desired location. The powered pulley is called the drive pulley while the unpowered pulley is called the idler pulley. 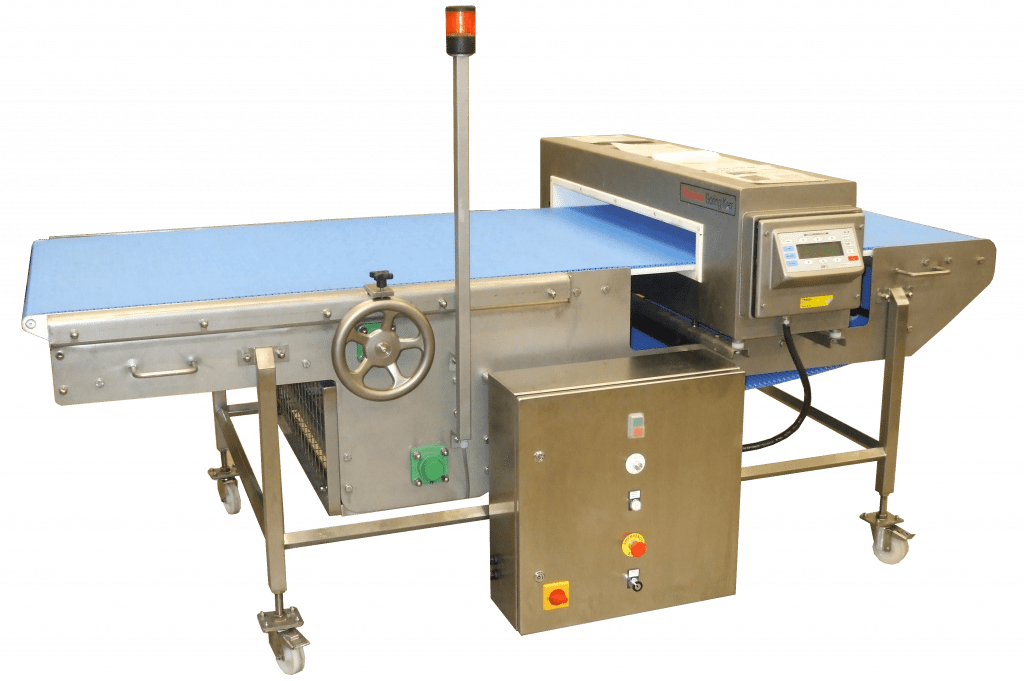 When installing a conveyor into your business, either on its own or as part of a wider system, there are certain aspects you want to consider and factor in. Combining the answers to these questions will give you an idea of what sort of conveyor system you want for your business such as a spiral conveyor, inclined belt conveyor, slat and mesh conveyor, pallet handling conveyor, or plastic conveyor.

We’re going to have a look at these specifications below and if you want to discuss a bespoke designed conveyor for you and your business needs, the L.A.C. team is always available and happy to discuss a solution for you.

A conveyor system will also have a maximum load capacity and is associated with a load capacity per unit length where the value can be stated for fixed-length purpose-built conveyors. This is also known as flow rate.

Throughput is what measures the amount of product that goes through the conveyor system. The throughput capacity of a conveyor system is sometimes referred to as Cases Per Minute (CPM) and is dependent on the slowest speed mainline conveyor and the length of the product that’s being transported. It’s measured by volume per unit time such as cubic feet per minute.

When selecting a conveyor system for a business, it’s important to know what type of conveyor(s) are being considered to install, which should be made more clear by understanding the above factors, and as part of this, what frames configuration is used whether it’s straight, curved, or z-framed.

Depending on how big the conveyor system is will change the considerations for the conveyor specifications mentioned above. Just using the image below as an example, the throughput, drive locations, speed of different conveyors, and the load capacity will be different to a project where there are only one or two conveyors moving the same item. 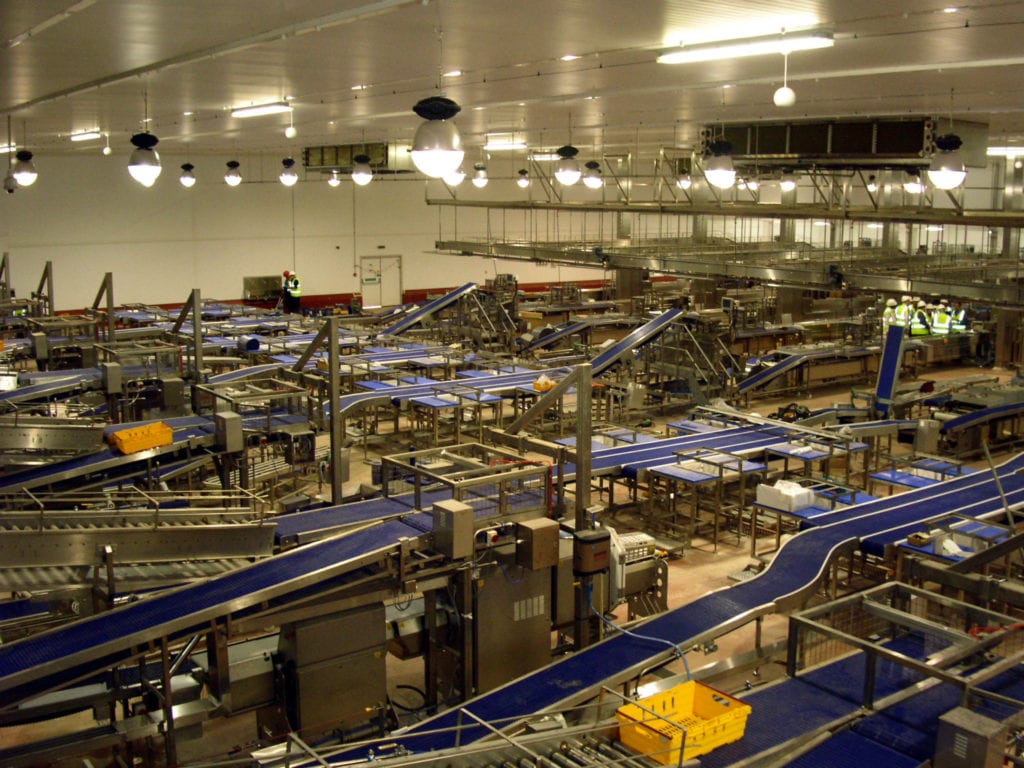 Problems to watch out for in conveyor systems

When looking at how conveyor systems work, it’s important to know the problems that can occur in the conveyor system to reduce the risk of errors and associated costs of malfunction in both time and money.

When mistracking of a conveyor belt system occurs it means the conveyor belt is no longer aligned with the track the conveyor is on. It will be identifiable by examining if the conveyor belt drifts from one side to another and this can lead to downtime of your operations and conveyor system, belt damage, damage to the item it’s carrying due to falling off or being thrown about, and maintenance costs.

If this problem is left unresolved it can spread across the entire conveyor belt or worse, the whole system, like a ripple effect and that’s why it’s important to get this issue resolved as soon as the problem arises.

This can occur on a conveyor system when rollers on the belt conveyor seize up due to usually being constructed from components such as steel. This can lead to the rollers developing sharp edges that cause for mistracking as mentioned above, posing a health and safety risk to people working on the system, and an increased risk to damaging items being moved on the conveyor system.

The longer this problem is left, the more probable it is that the conveyor system will break and due to it being a fundamental part of how conveyor systems work it will likely cause for the system to be paused or shutdown while it gets fixed. So it’s best to solve this problem as soon as signs start showing.

One thing that needs to be accounted for when installing a conveyor system is the tension on the belts. Too much or too little tension and it will cause the belt to break and lead to a broken conveyor system. An important part of how a conveyor system works is by the pulley, which is mentioned in an earlier section, having enough traction to grip the belt and if it doesn’t this leads to excessive stretching which is usually hearable in the sound of screeching.

Once belt slippage or the noise that accompanies belt slippage can be heard indicating there’s belt slippage, it’s important to get maintenance to remove the build-up, increase the wrap on the drive pulley, or reconfigure the requirements on the amount of tension that part of the system needs. The longer it gets left, the longer it will likely take to fix the problem which results in reduced throughput and as a result less business.

The earlier this problem is sorted the better as the longer it occurs the more costs the business will incur due to not meeting usual item throughput. 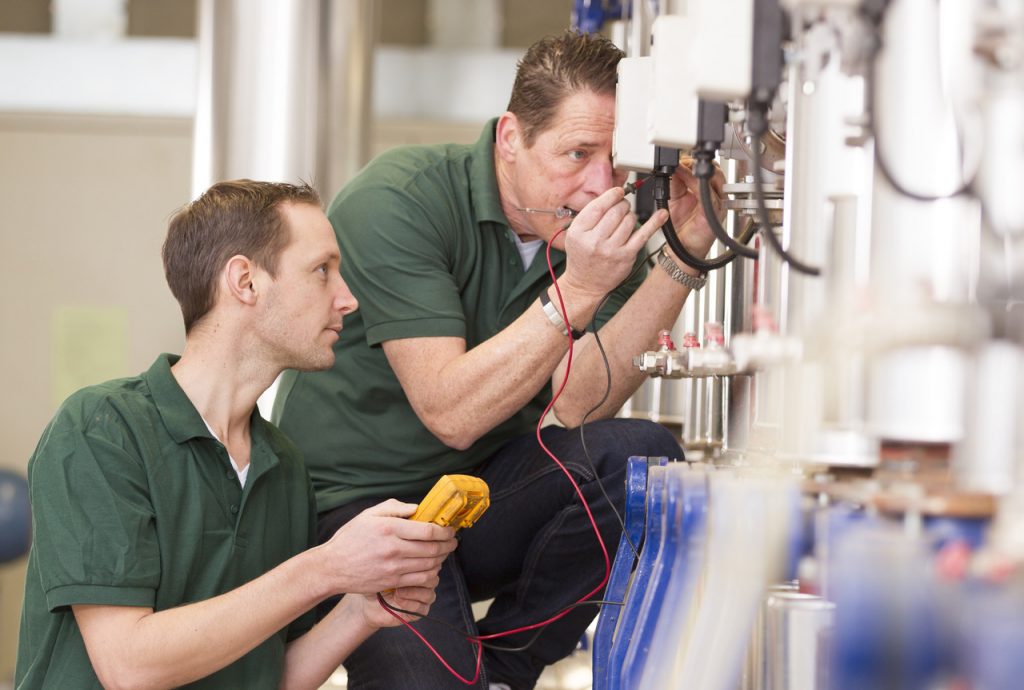 Importance of training for conveyor systems

Having a conveyor system installed is only one part of the job when getting the conveyors up and running. Businesses need to invest in the right training to ensure their conveyor system continues to work and does the tasks it designed and built to do. A key part to how conveyor systems work is by making sure that the team operating the system or working on the system understand the different functions, what to do in emergencies, making sure they get it checked and carry out maintenance work when needed, just to name a few.

A benefit to having suitable training in place for a business that uses conveyor systems is arguably the most important fact that they will understand how conveyor systems work and more specifically what the role each part of the conveyor system they have installed does.

There are a number of places people can go to ensure they have the right training including NTT Training where they will get knowledge about the components of conveyors, the problems to look out for and that are likely to occur, as well as reduce risks of accidents and injury.

If you would like more information on how a conveyor system could help your business you can click the button below to send an enquiry, email us at sales@lacconveyors.co.uk, or ring us on the number provided. A member of the L.A.C. team will be in touch to discuss a bespoke solution for you with your business’s outcomes at the forefront of the project from design through to installation.

How Pick and Place Robots Work